“Princes and Powers, Suits and Ties – The Dandy Lion Project”

Penned originally for Silver Eye Center for Photography and Film

“The fear was there in the extravagant boys of my neighborhood, in their large rings and medallions, their big puffy coats and full-length fur-collared leathers, which was their armor against their world. They would stand on the corner of Gwynn Oak and Liberty, or Cold Spring and Park Heights, or outside Mondawmin Mall, with their hands dipped in Russell sweats. I think back on those boys now and all I see is fear, of the bad old days when the Mississippi mob gathered ‘round their grandfathers so that the branches of the black body might be torched, then cut away. Their fear lived on in their practiced bop, their slouching denim, their big T-shirts, the calculated angle of their baseball caps, a catalog of behaviors and garments enlisted to inspire the belief that these boys were in firm possession of everything they desired.”

Ta-Nehisi Coates, Between the World and Me

James Baldwin, Nobody Knows My Name

Recently, a friend recommend that I read Between The World and Me, Ta-Nehisi Coates’ eloquent and elaborate letter to his teenage son. I couldn’t help but to call to mind many texts from James Baldwin’s literary repertoire. In particular I recalled Baldwin’s Nobody Knows My Name and his ongoing conversation about the relationship of the Black man to America and to the entire world. Later when I read reviews of the Coates’ memoir, did I learn that his most recent text had been indeed inspired by The Fire Next Time.  It is with these musings that I begin to think about this latest installation of Dandy Lion: (Re)Articulating Black Masculine Identity within the context of not only Pittsburgh in 2015, but the U.S. and abroad. Despite having presented this work in various iterations over the past five years, there is a certain sobriety that accompanies the usual gaiety of this installation at Silver Eye. Don’t get me wrong, I intend for the work to be experienced in the celebratory manner that has always accompanied its openings and related programming in New York, Amsterdam, Baltimore, Newark and Chicago. It’s just that now, more than ever, I am reminded of how very critical this representation of the Black male image and body is for the Black community across the globe.

Dandy Lion: (Re)Articulating Black Masculinity exists at a time when repetitively, every 28 hours, a Black man, woman or child is executed by police or security personnel in the United States of America. Despite the fact that earlier this year, the United Nations declared 2015 the official Decade for People of African Descent, we’re haunted by gut-wrenching, lifeless images of slain Black bodies, riddled with bullets from the same institution that has made legal oaths to protect and serve us. These images not only haunt, madden and sadden us, they are also broadcasted around the world, for people of all cultures to bear witness to the blatant disregard of Black life and assaults made upon the valueless Black body. These images are not new. They are the images of Coates’ adolescence. They are modern manifestation of printed postcards of charred Black bodies that hung from Southern poplar trees of Wright’s boyhood.

The Dandy Lion Project came into being out of necessity in the Fall of 2010. Despite the phenomenal economic success of hip hop artists such as Jay-Z and Kanye West, and their subsequent adaptation of a more serious, style and fashion, there was a misrepresentation of Black men that dominated mainstream media from here to Europe. The dominant narrative generally involved some gang-related murder on the nightly news, mass violence erupting in continental African countries, or the modern blackface caricatures and their soap opera-esque dramas on reality television. Like many others in my community and throughout the Diaspora, I was exasperated by the repetitive and oversaturated manufactured image of Black masculinity. An image created to maintain a grotesque and glorified culture of manhood and masculinity, one perpetuated by today’s mainstream  hip-hop and Prison Industrial Complex. The image of today’s sagging pants wearing youth is not one of rebellion by the lumpenproletariat but a buy-in into a corporate controlled image that is the result of negligent public policy and a failed education system. Thus, to dress outside of that uniform, is to act from a place of agency, to contradict, to rebel.

Throughout history, most notably the past two centuries, particularly in the west, Black men have used fashion as a tool of rebellion. When self-styled, the African Diasporan man has relied upon his innate sensibilities to express his masculinity, his humanity, his individuality. In styling himself, particularly in dress mostly associated with a particular class, education and social status of the other [read: whites], as trickster, the African Diasporan dandy cleverly manipulates clothing and attitude to exert his agency rather than succumb to the limited ideals placed on him by society. He performs identity. Most importantly, an integral part of this performed rebellion entails posing before a camera.

This traveling photography and film based exhibition project features the images of photographers and filmmakers from various regions around the African Diaspora. Their subject matter is young Black men in city, rural, literal and abstract landscapes across the globe, who defy stereotypical and monolithic understandings of masculinity within the Black community. Its discourse intersects class, gender, ethnicity, ideology and style. Dandy Lion confronts the “thug” narrative and is a portrait of the multi-varied alternative identities that have always existed in our communities.

The exhibition, like the black dandy movement itself, has continued to gain attention. Whether through the popularity of the social media regimes of Street Etiquette or Art Comes First or the more recent notoriety of South Africa’s Khumbula Movement, the rest of the world seems to be catching on to what the rest of us have already known – Blackness in not monolithic. It’s just as disparate, colorful and conflated as any other form of dynamic cultural identity. Nothing illustrates this better than the confident and revolutionary self-styled dapper Black man.

Dandy Lion’s subjects are Black men, yet are as diverse in ethnicity and culture as the project’s photographers.  The nationality of Dandy Lion’s muses range from British, Jamaican, African American to South African, French and Congolese. Also, the project is not specific to locale – images were shot in various places around the Diaspora including throughout the U.S., South Africa, the Congo and Europe. It illuminates the flamboyance and rebelliousness of rudeboys, sapeur, swenkas and gentlemen. Most recently, I made the conscious decision to subtly include women in this conversation, partly to resolve my own internal debate about their previous exclusion.

Pittsburgh, with its industrial and aesthetic contrasts, is the perfect next stop for this exhibition. I’ve long been fascinated by the Pittsburgh of August Wilson. Great Migration narratives resound prominently throughout the story of the 20th century Black Dandy. These were the men of Mississippi, Louisiana and Alabama, who left unkind lands in hopes of a better life. They came with their memories and dreams and dressed the part of men in search of a new reality. Perhaps more than anyone else during this era, Charles Teenie Harris so poignantly captured their grace and masculinity. Quite the dapper guy himself, his own signature Fedora reminds me of the same hat worn by my grandfather during my own childhood. Portrait after portrait, Teenie created a platform for Black men to not only see themselves but be seen. In many ways, photographers such as Teenie Harris, Gordon Parks and James van der Zee, Malick Sidibé and Seydou Keita, set the stage for the existence of The Dandy Lion Project.

The first comprehensive exhibition of its kind, Dandy Lion: (Re)Articulating Black Masculine Identity provides an exploration of a popular conversation in nuanced contemporary sartorial expressions and the fluidity of Black male masculinity. As a statement, it is not definitive. It is provocative and inquisitive. It is my hope that these well-dressed trickster, rebels continue to push the envelope and that talented photographers are nearby to document them bucking against the system, in their suits and ties. More importantly, the greatest manifestation of my utopian dream would be to live in a world where people see them – us – for who we really are.

A new bestseller centered on photographs of black men dressed in the best tradition of the Dandy fashion – tailored, meticulous and colorful clothes – succeeds in... 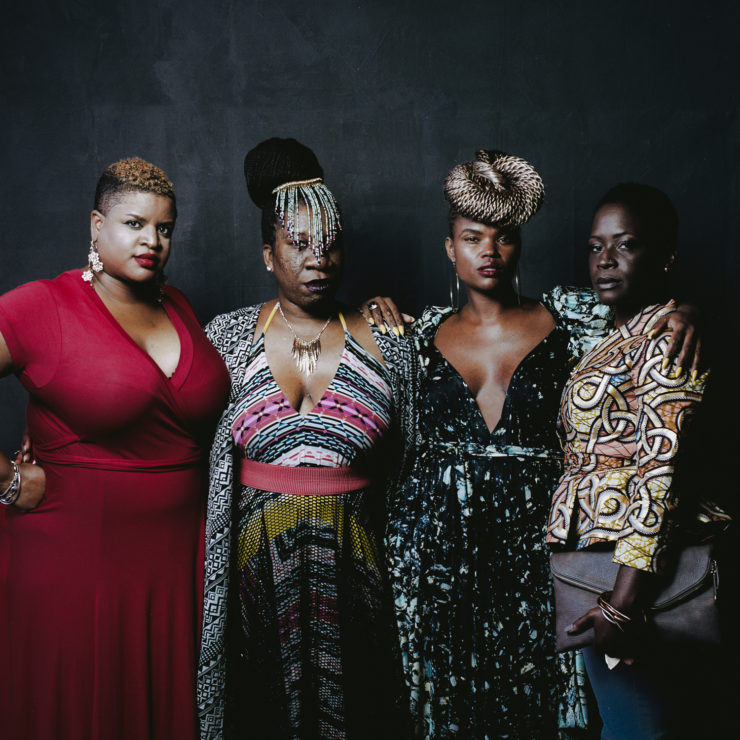 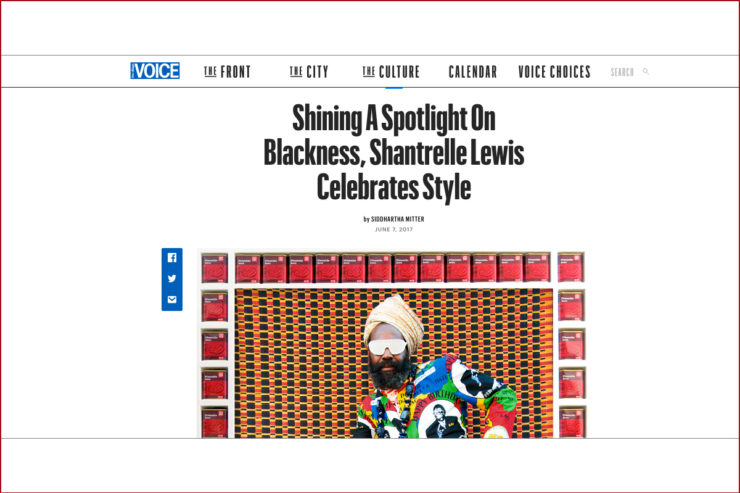 When Shantrelle P. Lewis, curator and author of the new book Dandy Lion: The Black Dandy and Street Style, was growing up in New Orleans, she had... 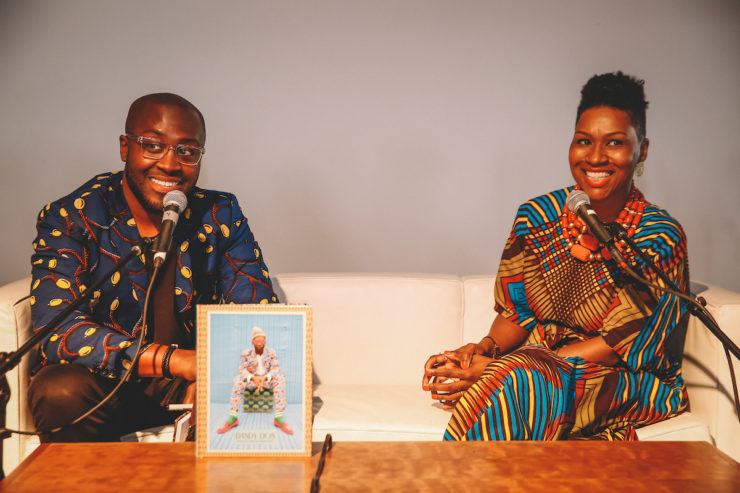 Shantrelle P. Lewis in Conversation with Larry Ossei-Mensah at 1:54 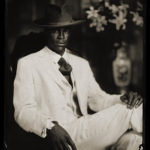 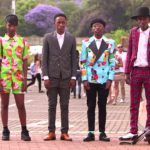 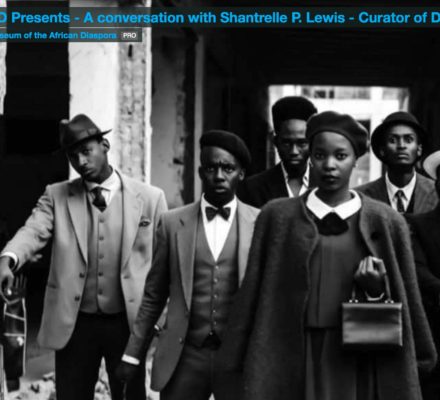 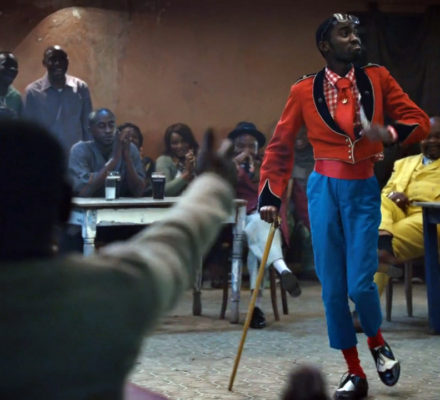